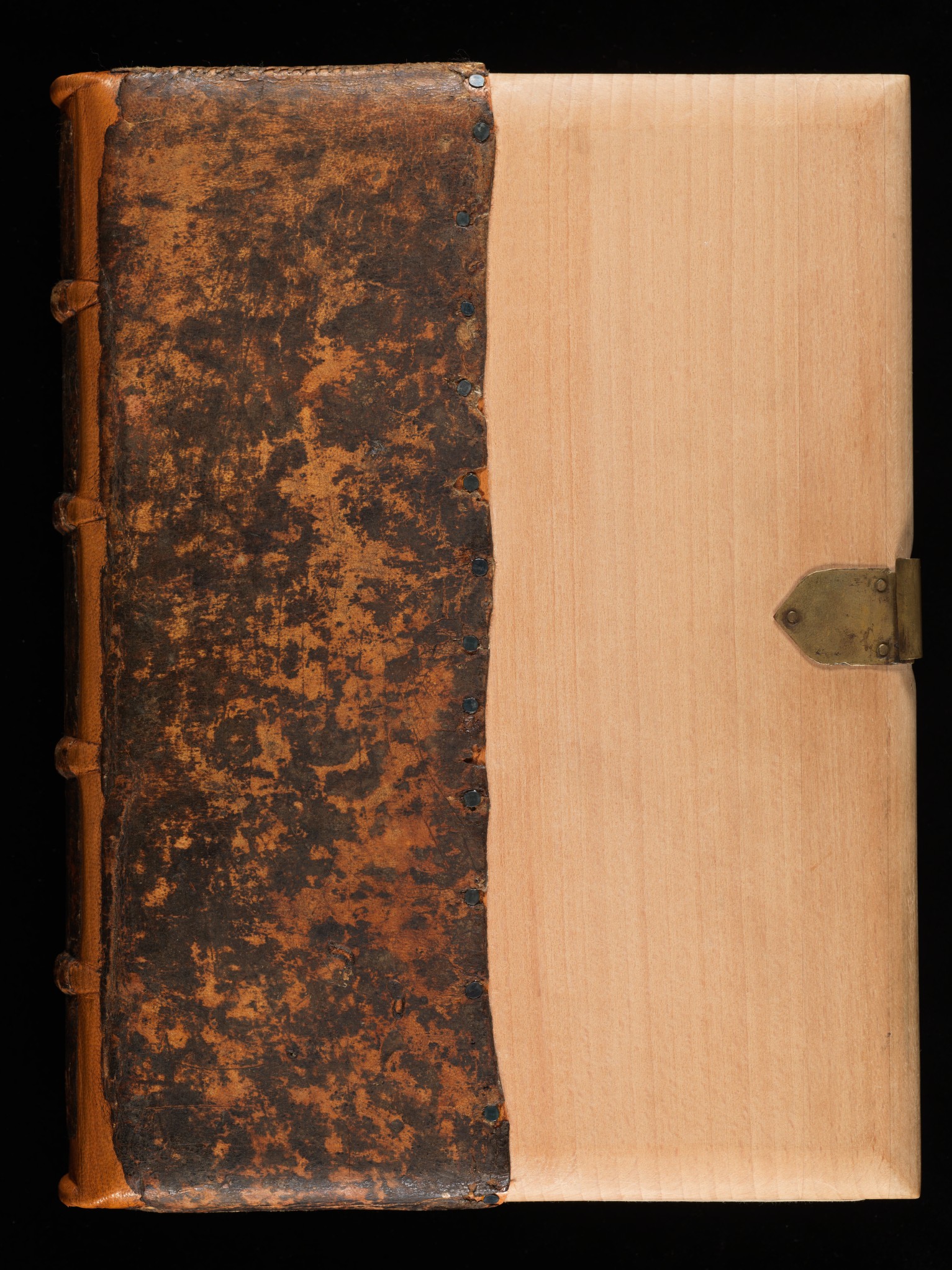 
Language: German
Manuscript Summary: At once a travel memoir and a geography book, the Voyages by John Mandeville, probably written around 1355-1357, were a great success in the Middle Ages. Numerous handwritten copies make it possible to distinguish three different versions of the French text, which gave rise to translations into Latin and into the vernacular languages. The oldest German translation, going back to about 1393-1399, is by Michel Velser, a member of the von Völs family (Völs, South Tyrol). This copy, S 94 from the library of Walter Supersaxo (ca. 1402-1482), Bishop of Sion, and of his son Georges (ca. 1450-1529), contains numerous ornamental initials, some zoomorphic or anthropomorphic. The endpapers are parchment. Based on the language, the manuscript should be from Northern Switzerland. An ownership note on f. 120v mentions an uncle “G”, which may suggest Georges Supersaxo himself. In the binding, there was a fragment of a papal document that can without doubt be dated to the middle of the 13th century, from a Pope Innocent and addressed to the Abbot of Kempten. Ms. S 94 can be compared to another manuscript from the Supersaxo library, namely with S 99, which contains a French version of the Voyages. (esc)