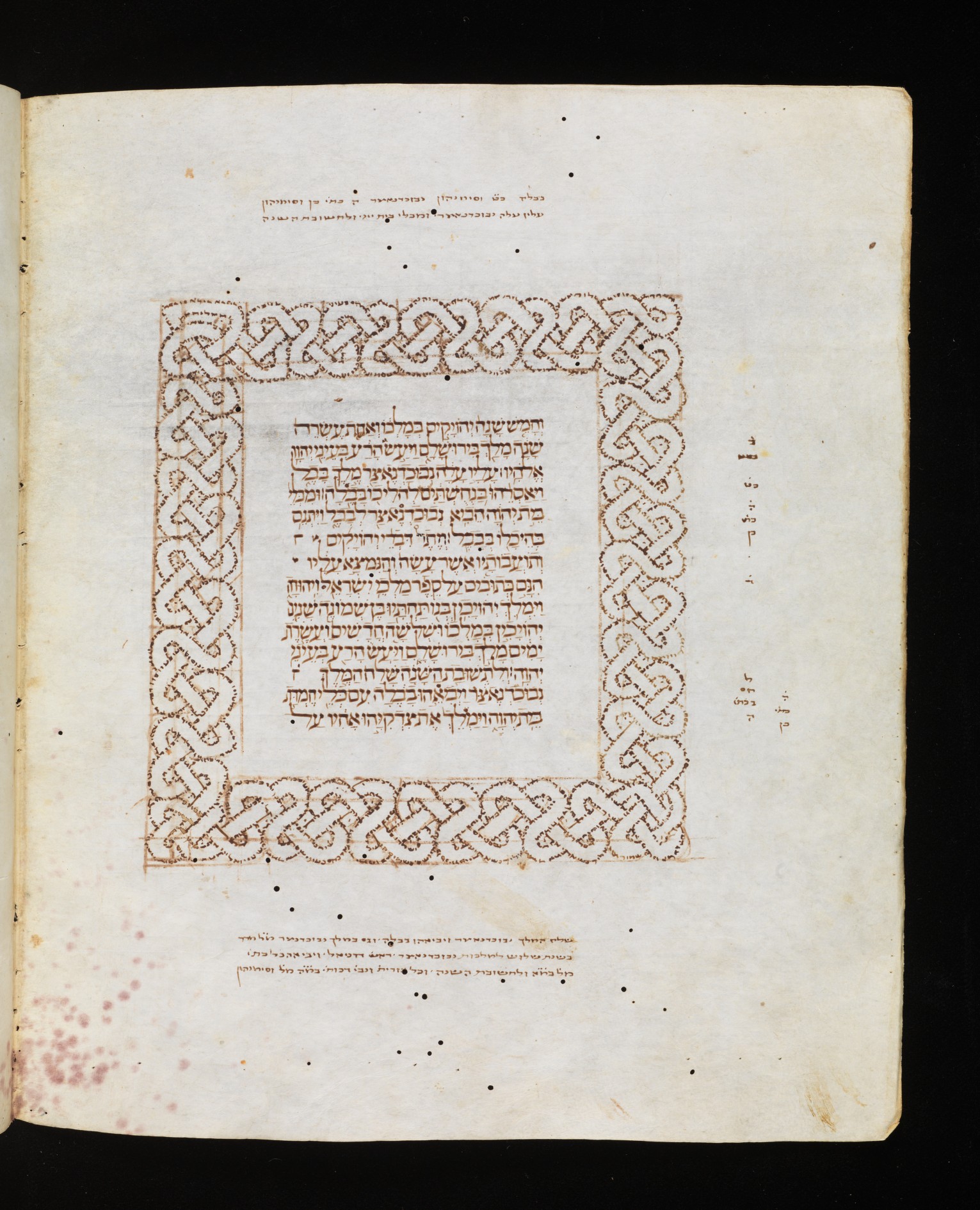 
Language: Hebrew
Manuscript Summary: Sephardic Bible in Hebrew, produced in the first half of the 14th century in Spain, probably in Castile. The manuscript opens and closes with Masoretic lists (ff. IIr-IXv and 463v to 466v), which, framed by illuminated borders, form “carpet pages”. The biblical text, copied into one or two columns, is accompanied by the Small and Large Masora (rules from the rabbinic tradition regarding the reading and vocalization of the sacred texts), which were written in tiny letters in the margins and in the gutters. These micrographic elements are sometimes enlivened in the lower margins of the pages (about 70 occurrences) or on all four sides of the pages (e.g., ff. 42r-43r, 461v-463r), where they form magnificent geometrical figures and interlace. The first biblical books are introduced by titles that are executed in browned gold on background fields of pink and blue with white scrollwork (f. 1v/Gn, 33v/Ex, 59v/Nb, 77v/Dt, 102v/Js, 125v/Jg). According to a note of ownership (f. 467v) dated 1367 (?), this Hebrew Bible was probably owned by David ha-Cohen Coutinho, member of a family of Portuguese marranos. In the 15th century, it was the property of Moses Abulafia, until his widow sold it, as shown by the sales contract, dated and signed in 1526 in Thessaloniki and placed in the beginning of the book (f. Ir). In the 16th century, the Bible was owned by the Talmudist and Rabbi Abraham di Boton of Thessaloniki (f. 467v). Thereafter its presence is attested in the Zaradel Synagogue of Alexandria in the 19th century (R. Gottheil, „Some Hebrew Manuscripts in Cairo“ in: Jewish Quarterly Review 17, 1905, p. 648). After the Bible entered the fine arts market, it has been in a private collection since 1996. (rou)