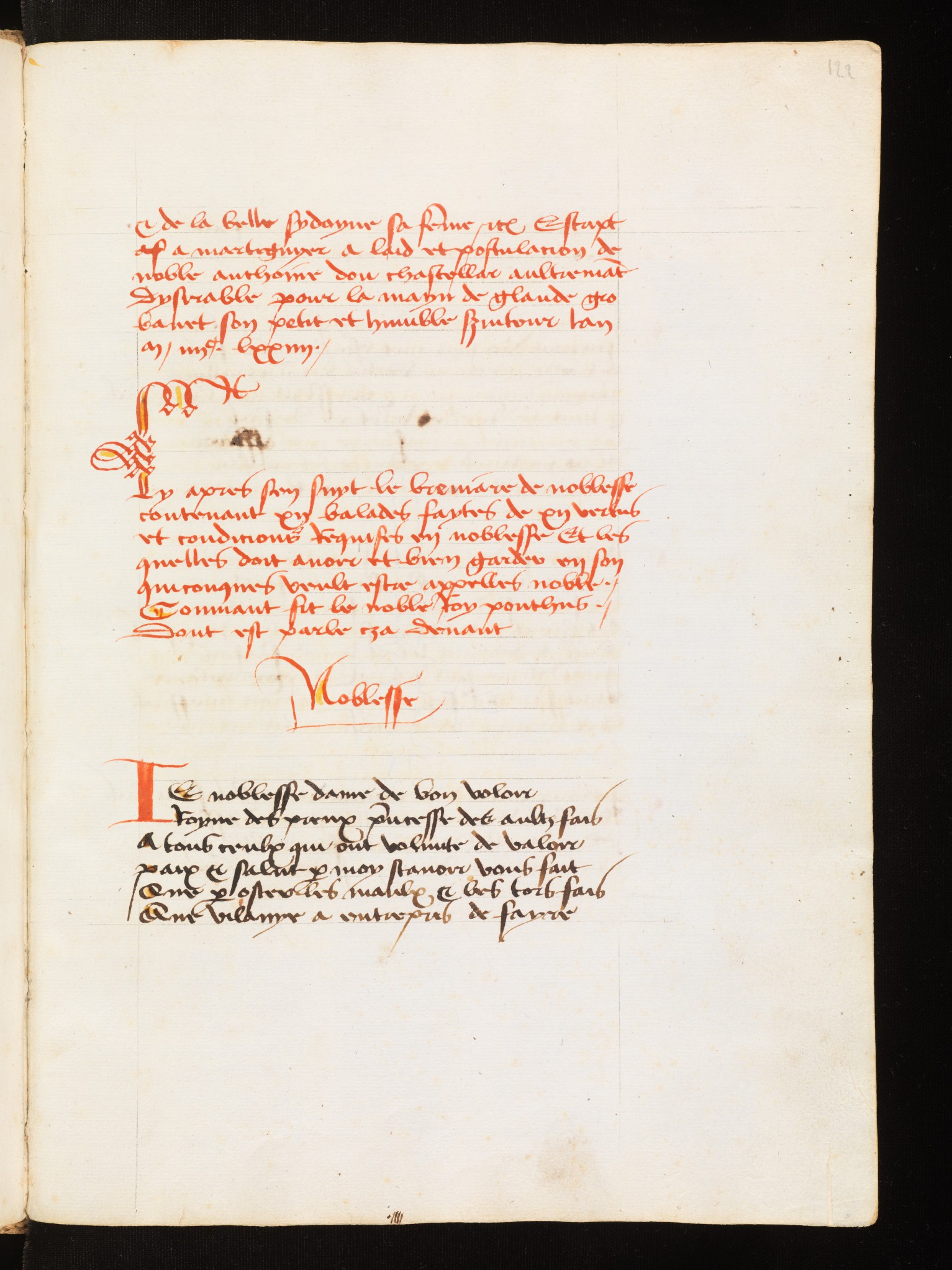 
Language: French
Manuscript Summary: This manuscript from the library of Walter Supersaxo (ca. 1402-1482), Bishop of Sion, and of his son Georg (ca. 1450-1529) is a collection of literary French texts with moralizing tendencies; it contains the romance Pontus and Sidonia as well as 15th century texts in verse. The major part of the manuscript (ff. 1r-122r; initial in red, yellow and black on f. 1r) is taken up by Pontus and Sidonia, a work that experienced great success in the 15th and 16th century. This prose version of the Anglo-Norman romance Horn, sometimes attributed to Geoffroy de la Tour Landry, was written towards the end of the 14th century or the beginning of the 15th century in France. It is followed by two texts by Alain Chartier (*1385-1395, †1430), secretary and ambassador for the kings Charles VI and especially Charles VII: on ff. 122r-131r is the famous Bréviaire des nobles (ca. 1422-1426) and on ff. 131r-136v is the Lay de paix (ca. 1424-1426). The following part (ff. 136v-145r) contains a less-known work, the Songe de la Pucelle by an unknown author. At the end, on ff. 145v-149r, are six anonymous ballads a pleysance et de bon advis. This manuscript was transcribed in Martigny in 1474 (at least the first part, the romance of Pontus and Sidonia) by Claude Grobanet, whom one also finds as the copyist of two more manuscripts in the Supersaxo library, S 99 (Voyages by Mandeville) and S 100 (Statutes of Savoy). Grobanet was in the service of Antoine Grossi Du Châtelard, Lord of Isérables (†1495). In the beginning of the 16th century, the family of Antoine Du Châtelard apparently fell into financial difficulties; their property - and presumably the three manuscripts as well - passed into the hands of Georg Supersaxo. (esc)